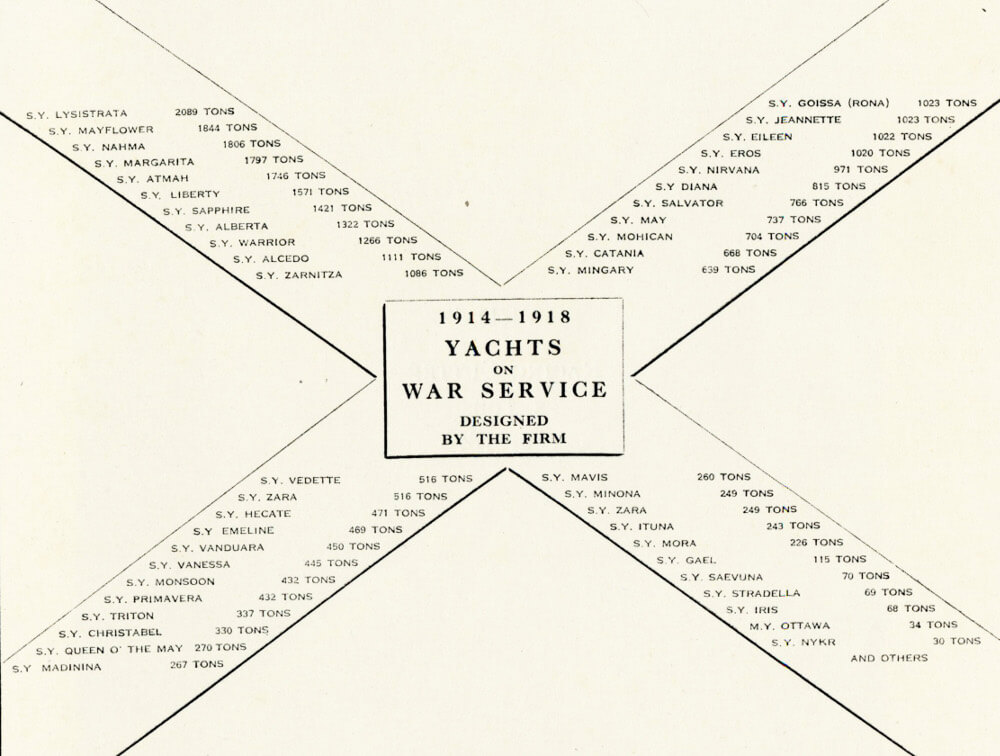 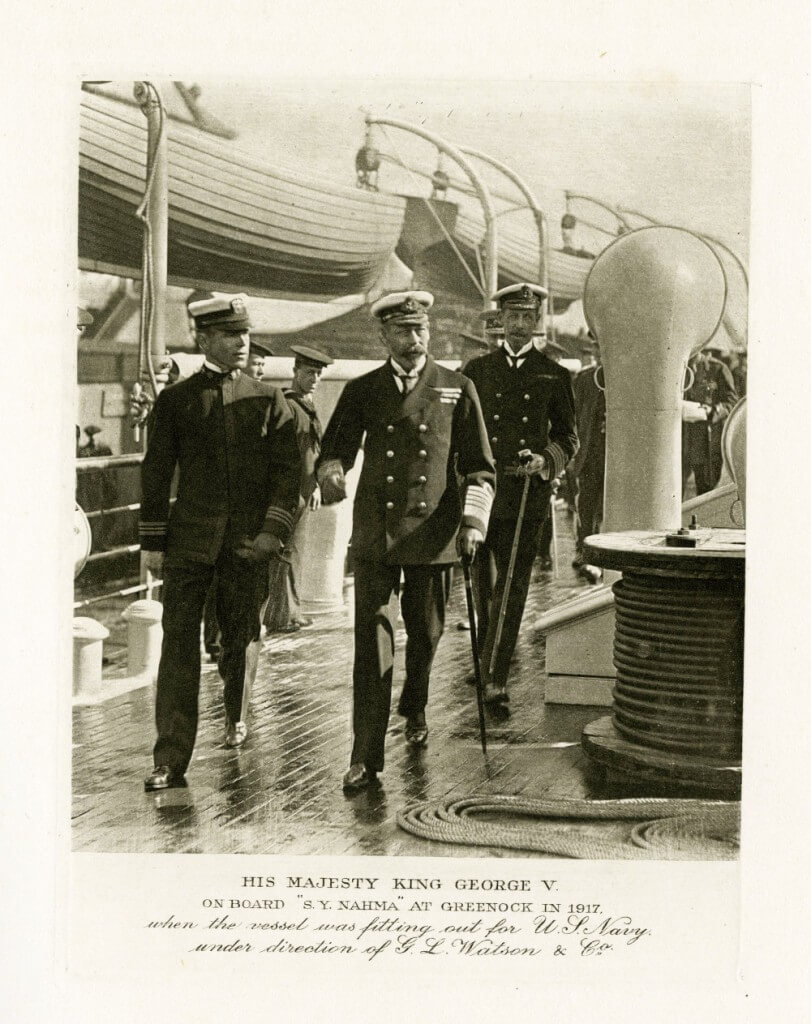 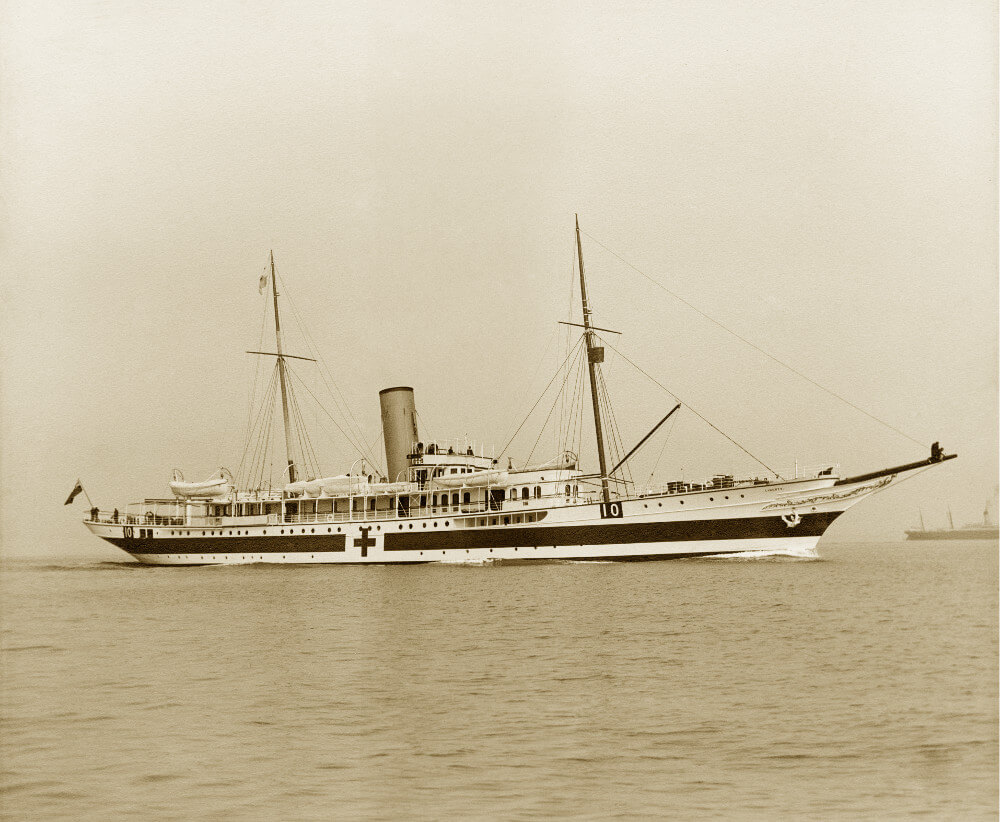 With the outbreak of war in August 1914, Cowes Week was abandoned and all yachting suspended. For the large steam and auxiliary yachts designed by G. L. Watson & Co. other duties called. By February 1915 over 40 G. L. Watson-designed yachts with a combined tonnage of nearly 33,000 tons TM were on active service.

George Coats, owner of the 1906 Minona was amongst the first to offer his yacht for war service and his example was followed by many. This movement was not restricted to British yacht owners. Mme Heriot, sent her Salvator (ex Katoomba) to Britain so that it could serve the allied cause and avoid capture by the occupying forces. American owners were also quick to join the cause with many contributing their yachts long before the United States entered the war. Even the Russian Imperial family’s Zarnitza did not escape.

Most of the yachts that fell under the control of the British Admiralty were deployed in the Coastal Patrol that kept a constant watch on the British Isles. A few, such as Lord Tredegar’s magnificent Liberty were converted to hospital ships.

With the return of peace many of the yachts that survived the war had no future in a much altered world. It would take a decade for large yachting to re-emerge, but even then it was on a far smaller scale that in the decades leading up to World War I.