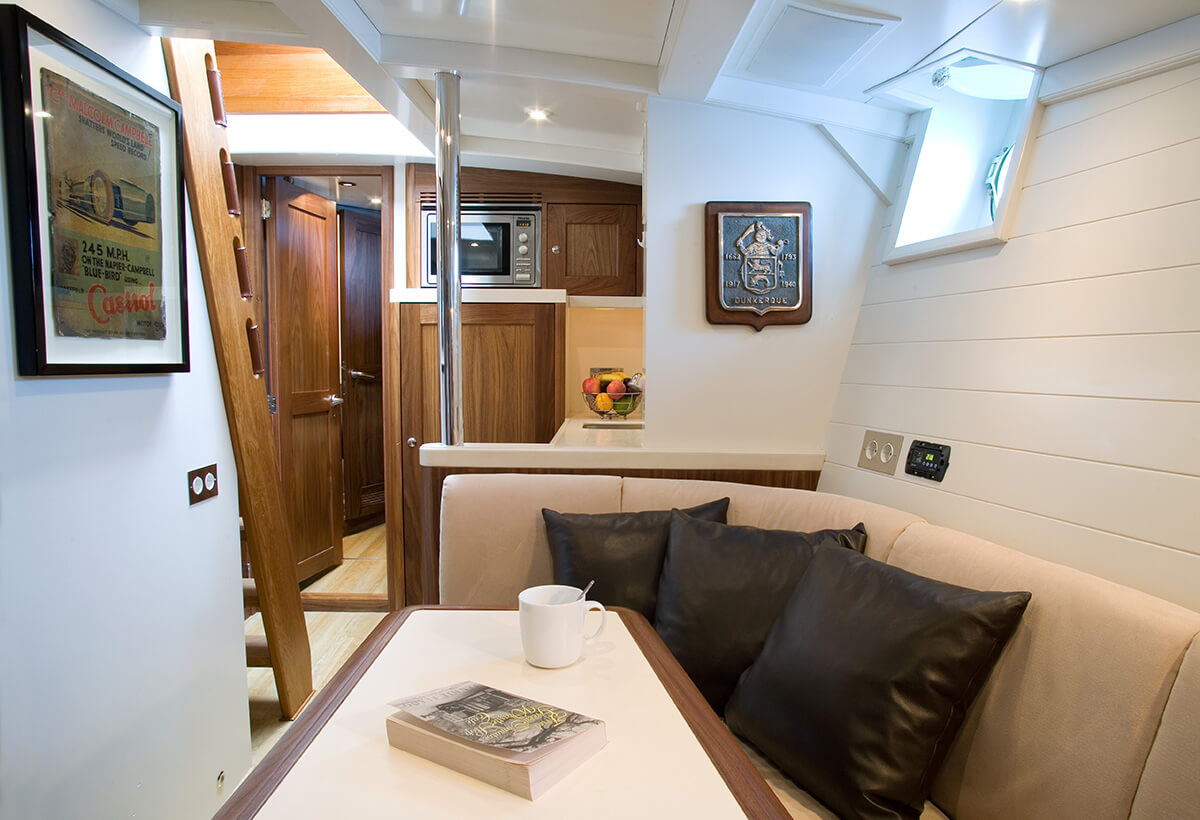 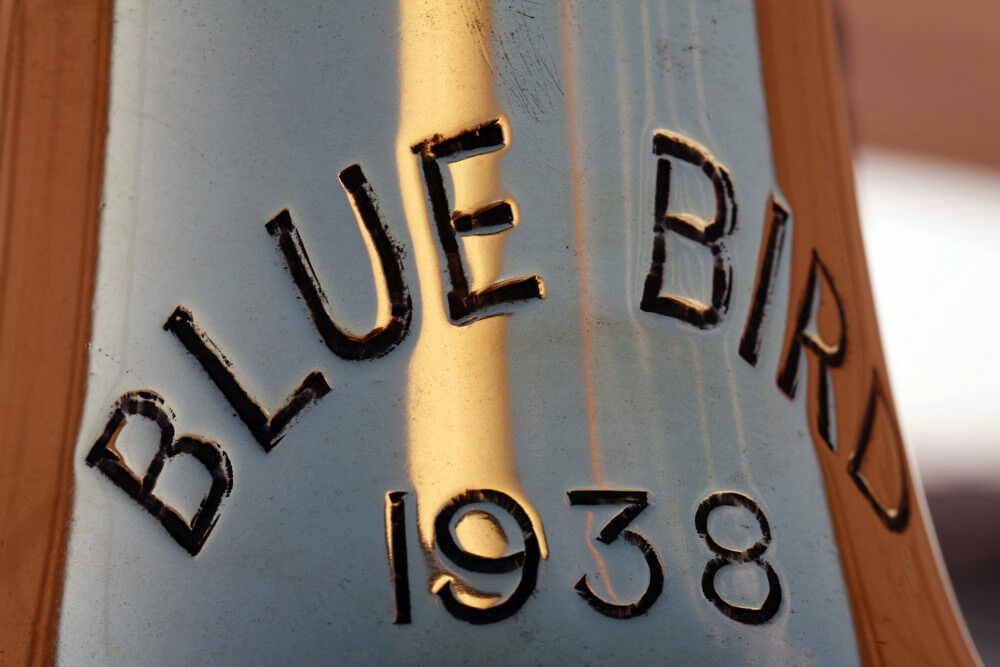 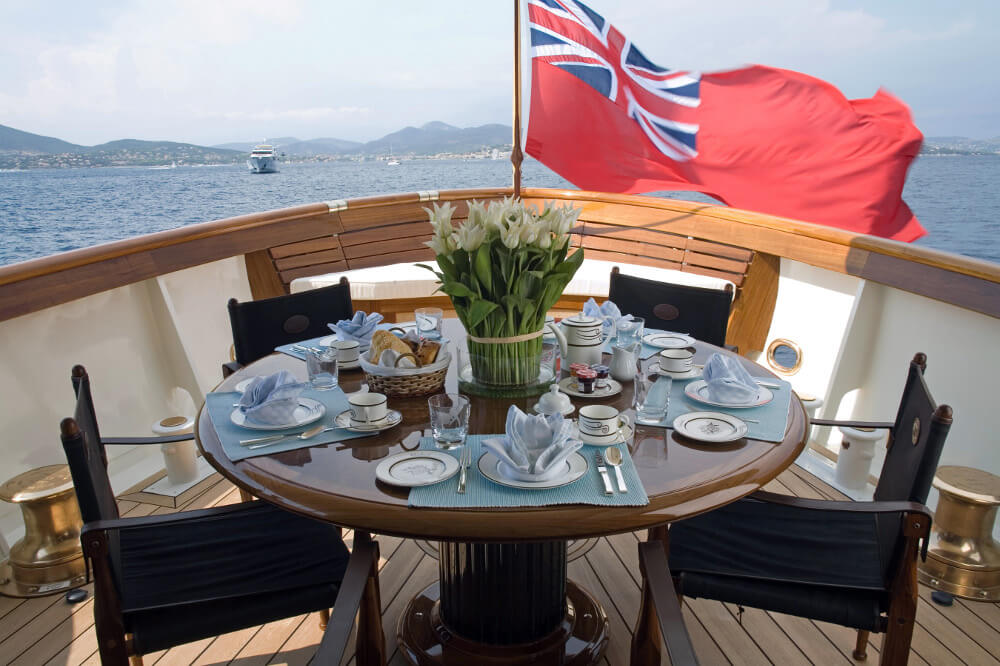 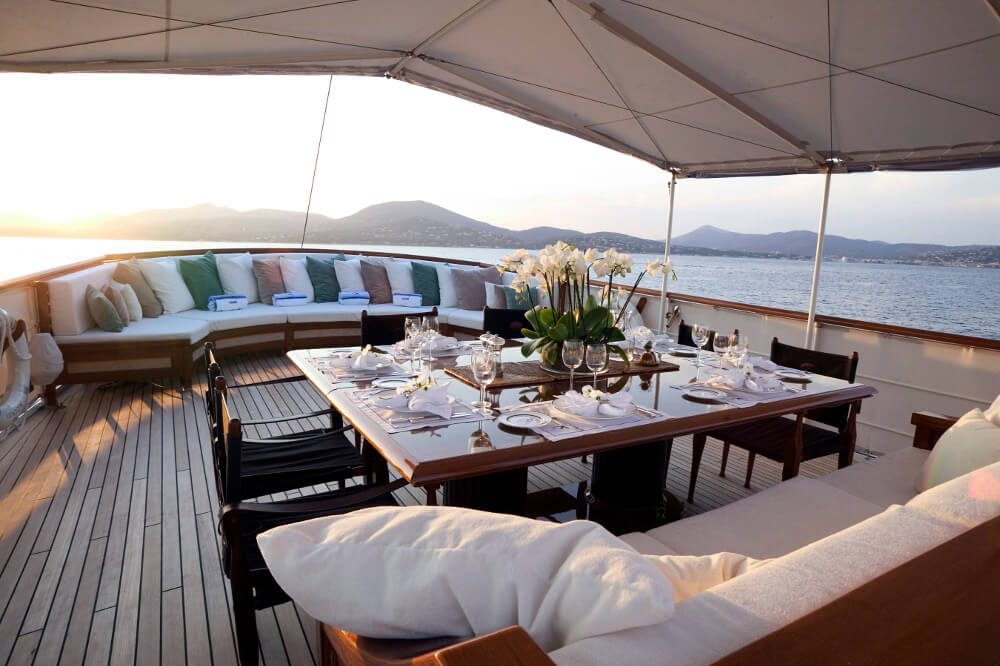 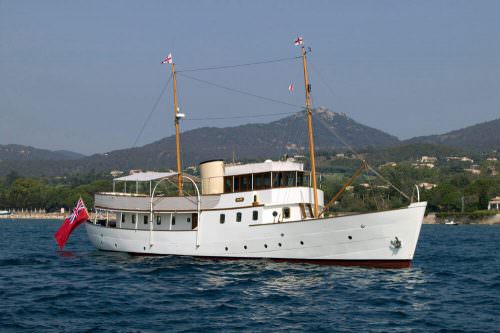 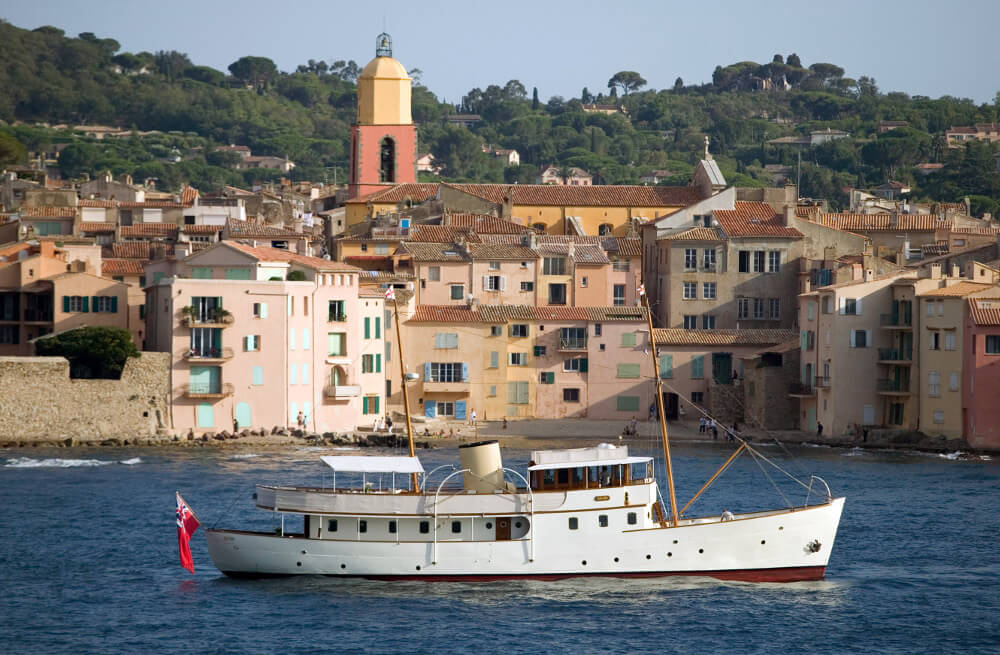 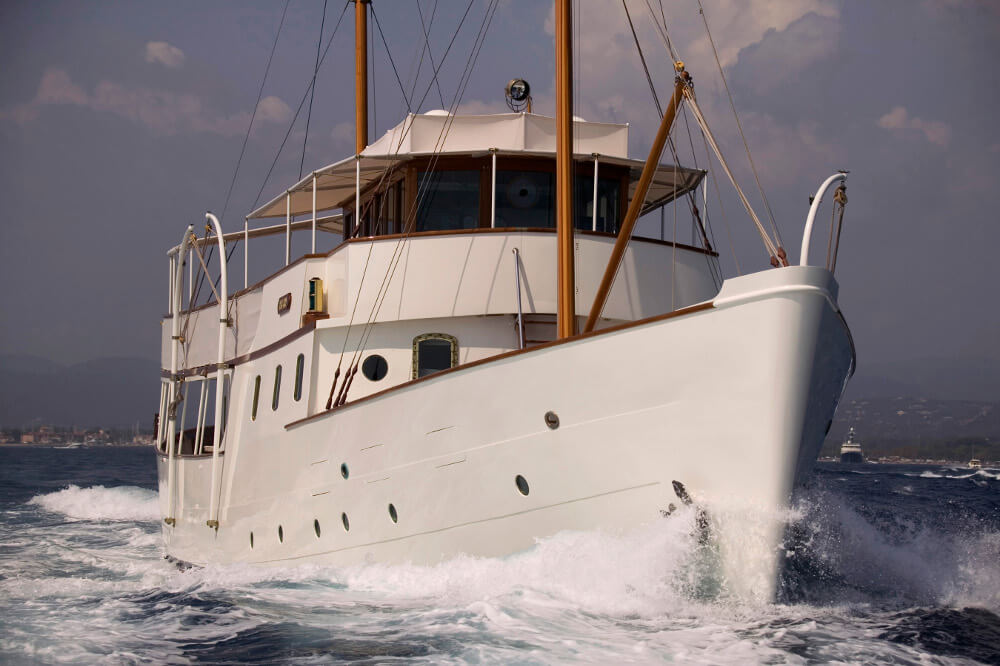 In 2008 we were delighted to win the World Superyacht Award for Best Refit. Presenting the awards, BBC news-reader Kate Silverton reported that, in the opinion of the judges, the nominated yachts were of exceptionally high standard but that once in a while there was a project which was so outstanding that it bore no competition, Blue Bird was such a yacht.

Few yachts have as clear cut a raison d’etre as Blue Bird. Commissioned by speed ace Sir Malcolm Campbell when he was the fastest man on earth, his motive was treasure. Back in 1930, armed with an ‘authentic’ treasure map he had made a voyage to the Cocos Islands and found the first in the series of clues that would ultimately lead to a fabulous treasure. The use of a friend’s yacht was not however unlimited and he was forced to return to the UK frustrated. In the late 1930s he sought his own ship for a new treasure hunting voyage.

For the design of Blue Bird, Campbell turned to G. L. Watson & Co. Watson & Co. are perhaps more famous for their classic clipper bow and counter stern steam motor yachts, but for Blue Bird James Rennie Barnett developed a different approach. Inspired by the liner Queen Mary, the contemporary icon of marine design, Blue Bird was given a raked stem, fashion plates and a cruiser stern. This elegant profile allowed for generous interior volumes in a hull that is far more suited to ocean passage making than some of the low freeboard yachts of the period.

The long sought treasure remained undisturbed as Blue Bird’s yachting career was all too soon interrupted by war. Serving in the evacuation of the British Expeditionary Force from Dunkerque has earned her an enduring place in history. A subsequent posting as a Customs Inspection vessel on the Mersey nearly led to her loss during the blitz on the port of Liverpool. By late 1941 Blue Bird was a Royal Navy patrol vessel off the Northern Irish coast complete with a cannon on her foredeck and crew of 18.

With the return of peace and Blue Bird’s decommissioning Campbell was too old to undertake long voyages and sold her. Of her post-war owners Jean-Louis Renault of the car making family who owned her for the 25 years till 1973 is by far the most significant. Over these years he carried out extensive work including replacing the original Ruston & Hornsby engines. Towards the end of his ownership he also dramatically altered her profile enclosing much of the exterior areas with new steel structures. Thus disguised and re-named Janick, Blue Bird was eventually sold to Californian owners who painted her a then fashionable shade of green.

Fortunately, Englishman Bob Harvey-George saw through this disguise and rescued the neglected classic, returned her close to her original profile and chartered her in UK waters. During this period she starred in an episode of Jeeves and Wooster and became a regular attendee at gatherings of the Dunkerque Little Ships. In the mid-1990s Blue Bird was sold to Dutch owners and remained a relatively familiar sight in Northern European waters. She remained operational, undertook some charter work but was a far cry from being in yacht condition.

A fan of classic yachts Blue Bird’s current owner was looking for a mid-sized yacht to compliment his family’s larger Talitha G. Working with Edmiston & Co. he considered many traditional post-war motor yachts but surveys revealed that major work would be required and this did not seem justified on such recent vessels. In frustration Nick Edmiston called William Collier who had recently taken over G. L. Watson & Co. and had kept a weather eye on the firm’s surviving vessels. Collier proposed Blue Bird, it would be a ‘project’ but one with a great pedigree and which appeared to meet virtually all the requirements.

Completing Blue Bird was a complex and difficult undertaking relying on diverse teams and skill bases. The layering of systems spanning from 1930s equipment to state of the art, the elegant interior and exterior detailing, the modern functionality have been achieved within regulatory environment never contemplated when she was first designed. The beautiful, uncompromised yacht that she is today is a testament to an owner and team who set the bar very high.

Now Blue Bird has fully come to life again. Whilst her unknown sea keeping abilities were anticipated to be good these have exceeded expectations. She cruises comfortably at 12 knots, the attention paid to vibration and sound attenuation have been supremely successful and comfort at sea has certainly been enhanced by the zero speed stabilizers. Since leaving Palma, Blue Bird has cruised extensively in France, Italy, Greece and Turkey and with her elegantly restored profile turns heads at all ports of call. In 2010 Blue Bird led the fleet at the 70th Anniversary Commemoration of the Dunkirk Evacuation and played host to HRH Prince Michael of Kent.

Whether she will finally make that long-delayed cruise to the Cocos Islands in search of treasure is not known although plans to cruise the West Indies and Indian Ocean are in hand.