Socialites Virginia and Stephen Courtauld were well known for their devotion to cutting edge design. At Eltham Palace, on the outskirts of London, they built the most significant Art Deco house in Britain. When they sought to commission a yacht they initially approached Camper & Nicholsons, the firm that had pioneered the introduction of diesel engines on large yachts. However, in hand with the new technology, that firm had also introduced an entirely new style that the Courtaulds could not reconcile themselves to as they aspired to a yacht of classic elegance. When Virginia was launched a contemporary commentator made the point eloquently: “Few will deny that the steam yachts built before the war had a more graceful and pleasing appearance than many of the motor yachts that have been designed during the last decade. But the M. Y. Virginia, with her clipper bow, her long overhanging stern, her raking masts and funnel and her top gallant focs’le, fully upholds the traditions of steam yacht design for beautiful vessels. The features named, however will cause no surprise when it is known that this 712-ton yacht was designed by G. L. Watson & Co….”

Virginia was built at the Dalmuir yard of William Beardmore & Co. on the upper Clyde and launched in June 1930. The use of diesel engines and certain other design features such as the full beam deck house forward on the main deck allowed the designers to include significantly more interior volume than had been possible on previous yachts of this style. For the interior decoration the Courtaulds turned to the Marchese Malacrida who would later be responsible for many of the interiors at Eltham Palace. Unlike the exterior profile the interior was as cutting edge as their home ashore.

The outbreak of World War II put an end to the Courtaulds yachting but unlike most of Virginia’s contemporaries she returned to private use post-war in the ownership of the newspaper baron Viscount Camrose. For ten years from 1948 Camrose cruised extensively on Virginia, regular refits saw the superstructure gradually grow whilst the rig shrank but as one of the largest yachts in commission in the 1950s she attracted a great deal of attention. In 1959 she was purchased from the executors of Lord Camrose’s estate by the Liberian Government to serve as their Presidential Yacht. Refitted for her new duties and now christened Liberian the yacht made extensive voyages until the late 1960s. Virginia ended her days as a floating casino in Sierra Leone where a disastrous fire precipitated her demise.

With her diesel motors and design refinements Virginia was the ultimate development of the classic motor yacht. The overall proportions allow good accommodation for 12 guests with fine public rooms and excellent deck areas. There have been several schemes to build new classic-style motor yachts in the 200 foot size range. All of these have failed to capture the design principles of those they are seeking to emulate and none has yet got further than the drawing board. If re-built to modern standards Virginia could uniquely combine the attributes of a proven and beautiful classic with contemporary classification and accommodation. 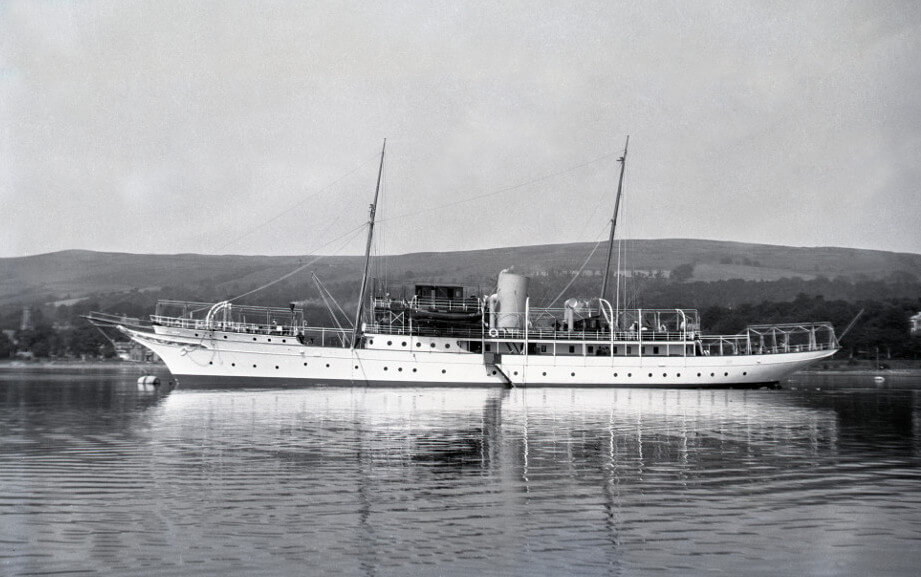