G. L. Watson & Co. are delighted to announce that we have just reached agreement with the well known French yacht builder Hubert Stagnol for the construction of a replica of the world’s oldest One Design Class.

This design was originally commissioned from G. L. Watson & Co. by the Clyde Canoe & Lugsail Club. Initially three yachts were built for the 1886 season but such was their success that a further six were ordered from the same builder.

None of the original yachts built to this class are known to survive, but the construction of a new yacht to the original drawings will allow 21st century sailors to gain a first hand appreciation of the origins of One Design sailing. 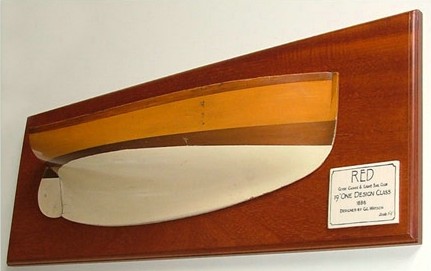