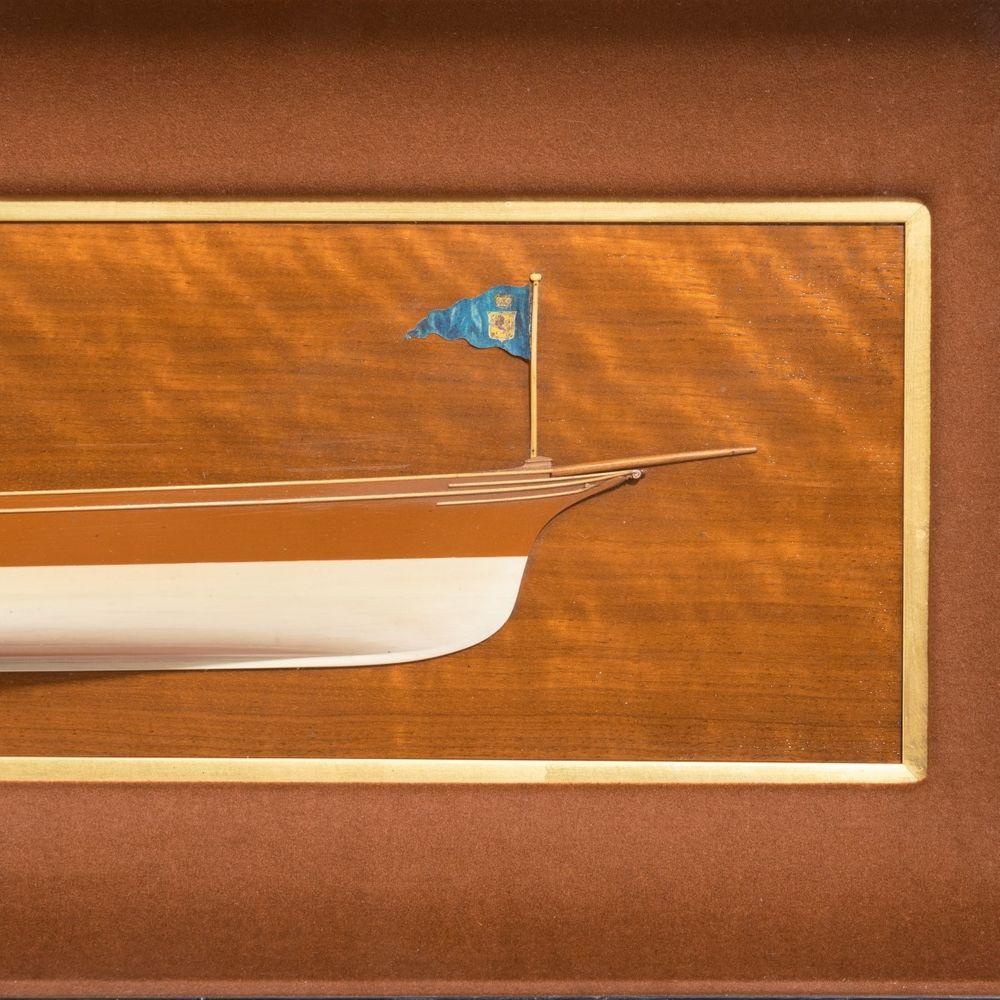 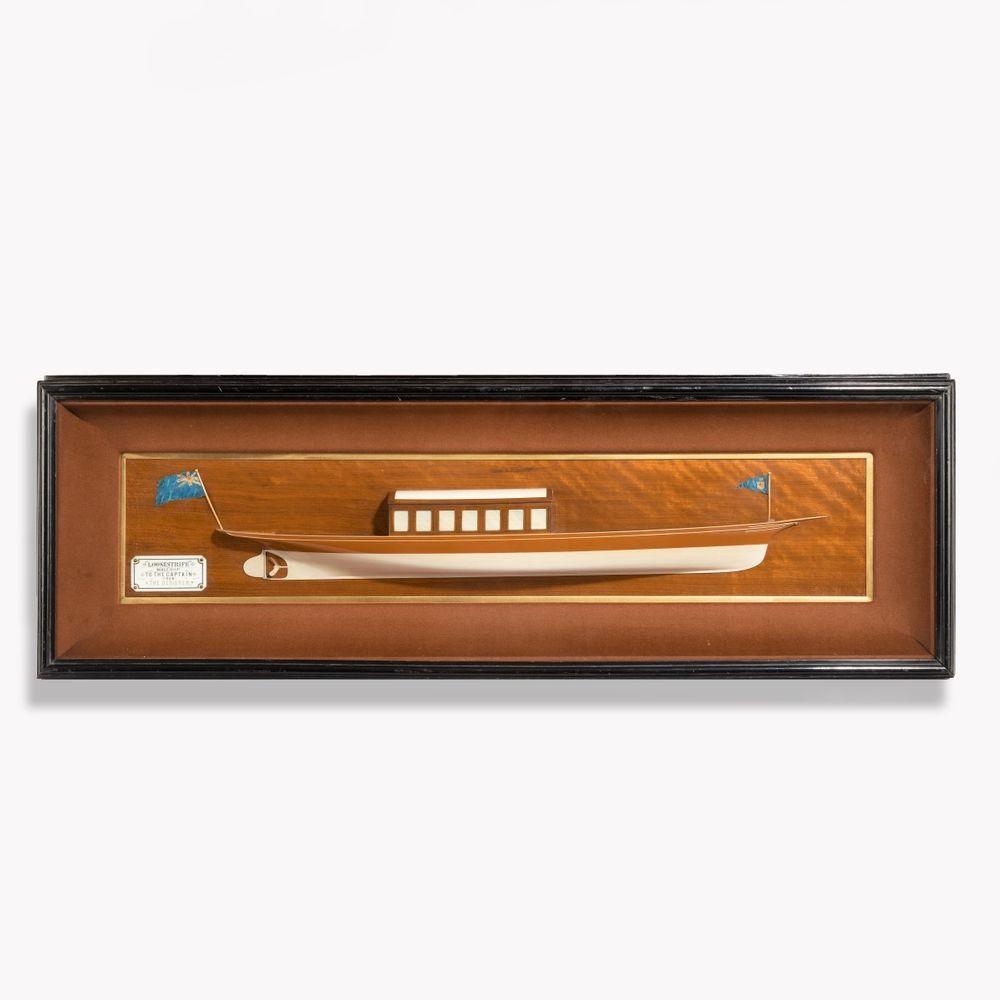 G. L Watson was a polymath with broad interests, but his design of an electric launch completed in 1889 was a source of intrigue. Although listed on the firm’s design list no other archive for this vessel remained in the company. That is until we were able to acquire this stunning framed half model which was presented by G. L. Watson to Henry Gold who commissioned her.

Returning from the Crimean War, Walter and Alfred Gilbey with their friend and brother-in-law, Henry Gold, launched Gilbey’s, a wine importing business. The firm was vastly successful and expanded into spirits and producing their own products. In 1872 their first gin distillery was opened, in 1875 the first wine estate in Bordeaux acquired and 1887 saw their first whiskey distillation. All of these were followed by other acquisitions and in due course the firm would gain royal warrants from both Edward VII and George V.

Henry Gold lived on the upper Thames at Cookham and his youngest son, Harcourt, became something of a rowing prodigy, first at Eton, then Oxford and later at Leander. So great was his impact on Thames rowing that he would become the first person to be knighted for services to the sport. Henry Gold himself was no stranger to aquatic pursuits being a member of both the Royal Clyde and Royal London Yacht Clubs. Most likely it was through the Royal Clyde that he met Watson.

Electric launches became popular in the 1890s and remained in fashion until the World War I. Loosetrife was pioneering and the catalyst for her construction was not just the pleasure of cruising on the Thames and following rowing races. Gold’s younger son Sydney had branched out from the family business and joined Goolden & Co. electrical engineers and it was they who supplied the motor for Loosestrife.

Built by the James Adam yard in Gourock, which was one of Watson’s favourites, Loosestrife was inspired by the achievements of two sons and given elegant form by Watson, as can now be enjoyed thanks to the rediscovery of this half model.