The 27th May 2010 marks the 70th Anniversary of Operation Dynamo. Operation Dynamo was a contingency plan devised by the War Office in May 1940 to help evacuate the British and Allied Forces from the beaches of Dunkirk. The Forces had been desperately fighting to stop the German advance through Europe. Hitler’s Armies had swept west from Germany through Holland, Belgium and France forcing the British & French to retreat. Ten days later and the German spearhead had reached the sea cutting off the Allied Forces in the North from the main Army in France and cornering them into a small area around Dunkirk.

The evacuation involved the Little Ships and the considerable fleet of Naval and Merchant Marine vessels which operated off the Dunkirk beaches and the harbour between the 28th May and the 4th June 1940. This resulted in no less than 338,000 British and French troops being evacuated. Approximately one third of these were taken off the beaches and, within this number, approximately 100,000 Frenchmen returned from England to fight again.

G.L. Watson designs played their part in this operation, notably Blue Bird and Chico. We are proud that the firm’s designs will be represented at this year’s anniversary by Blue Bird of 1938 whose recent restoration was managed by the firm.

G.L. Watson’s Managing Director, William Collier who will be attending the event said that the; “Dunkirk Little Ships Association is extremely important in keeping history alive. It marks an important date in our history and the Owners who bring their little ships are to be congratulated for maintaining these important historic vessels”. 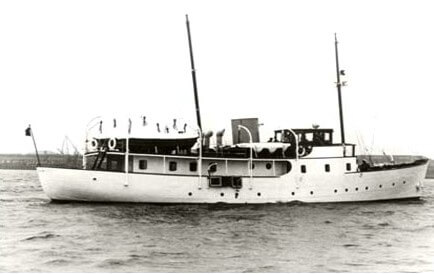