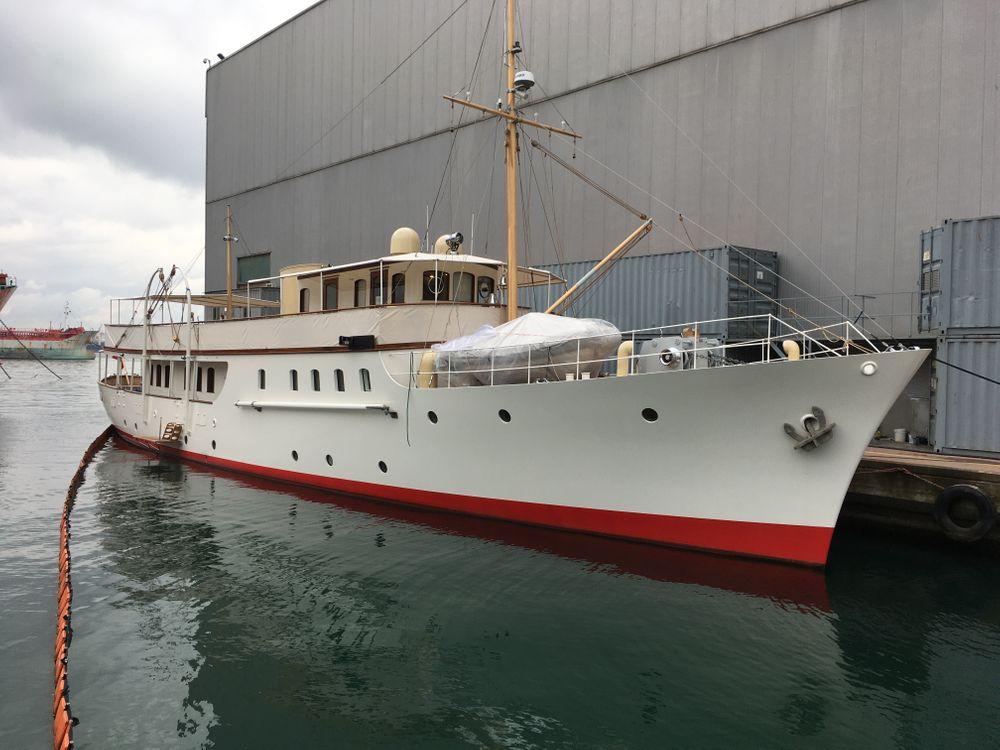 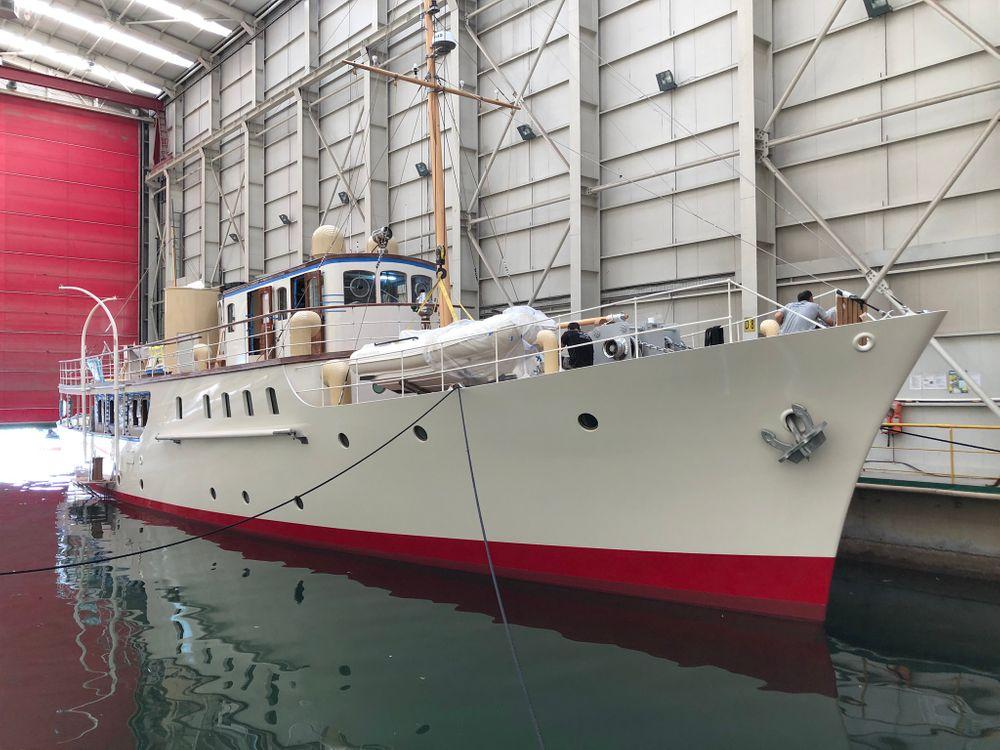 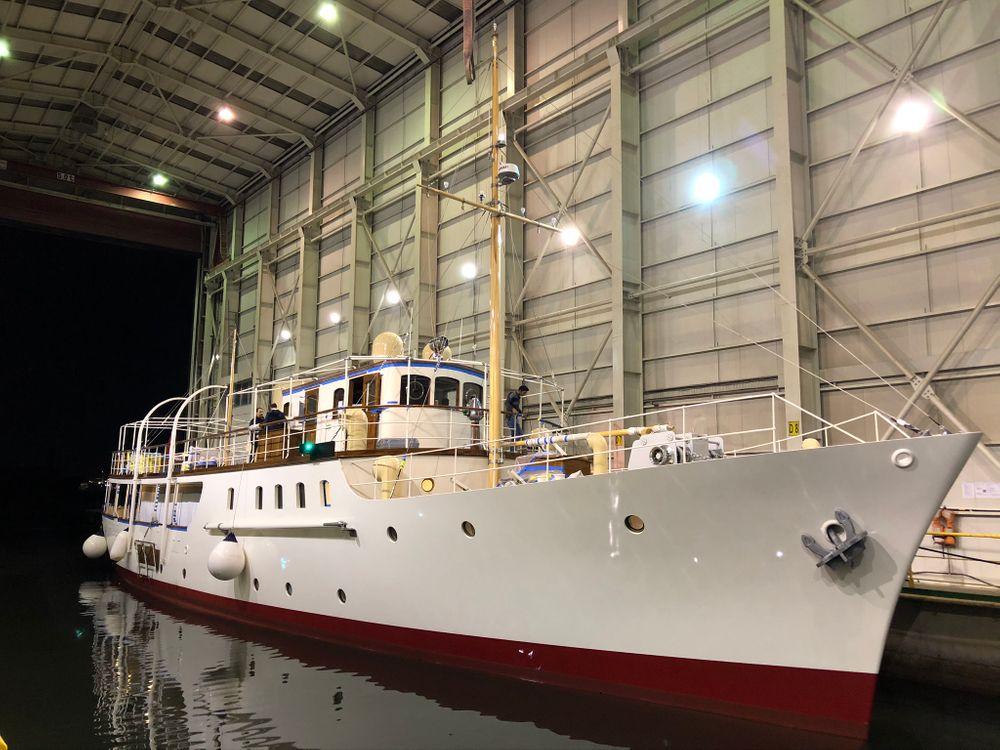 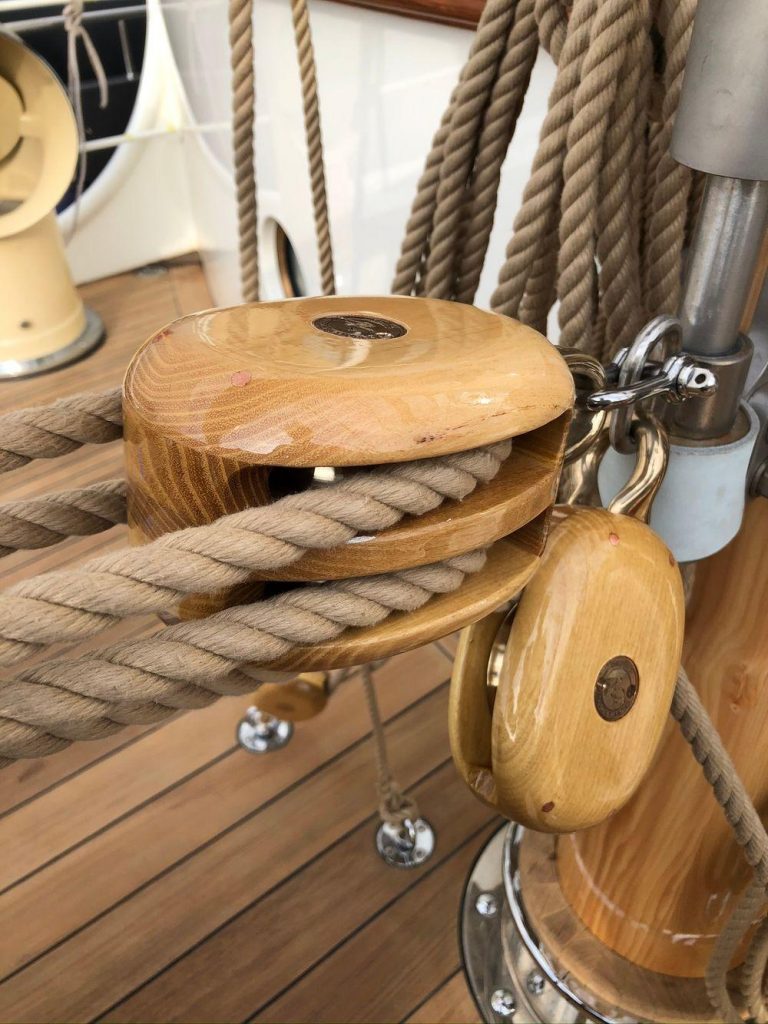 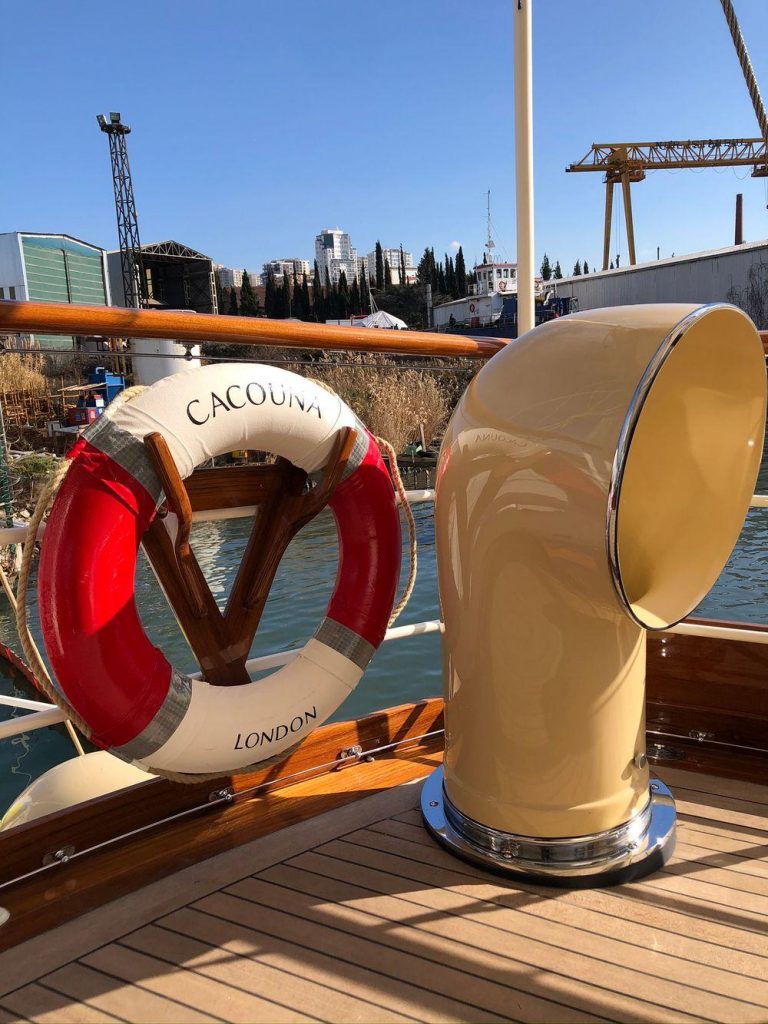 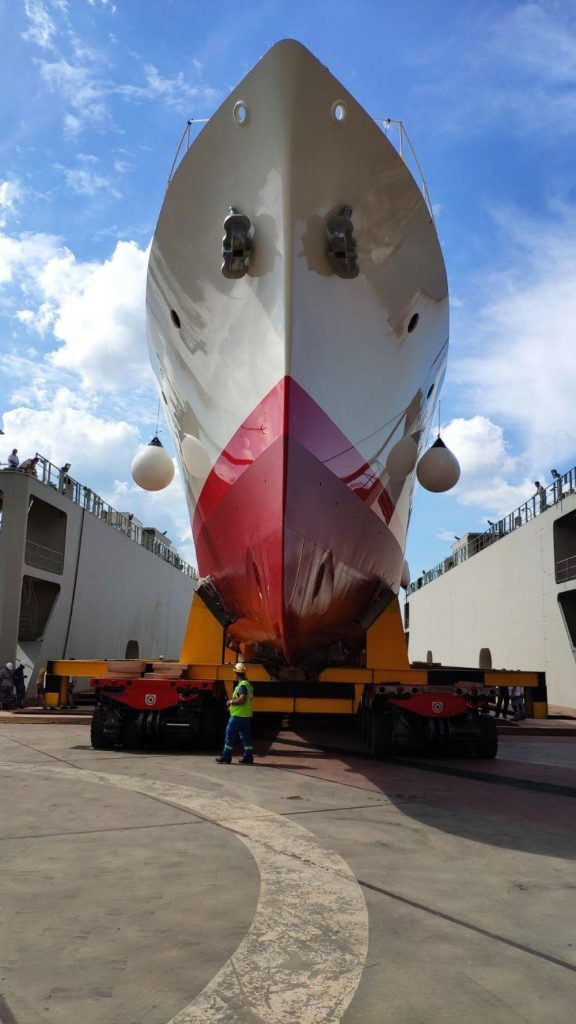 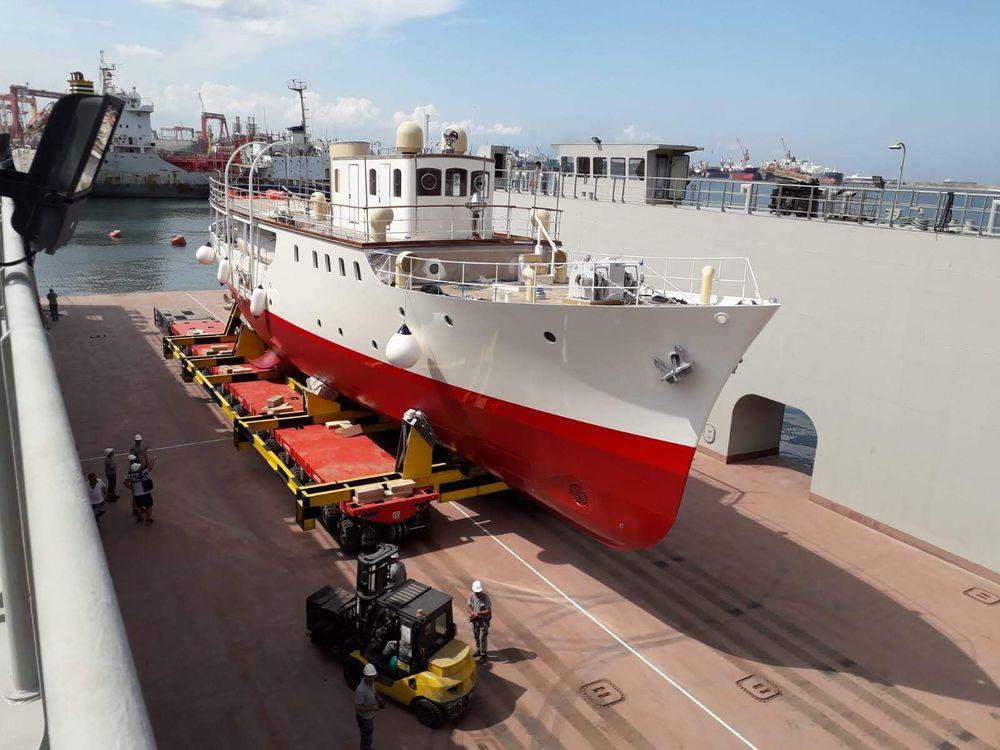 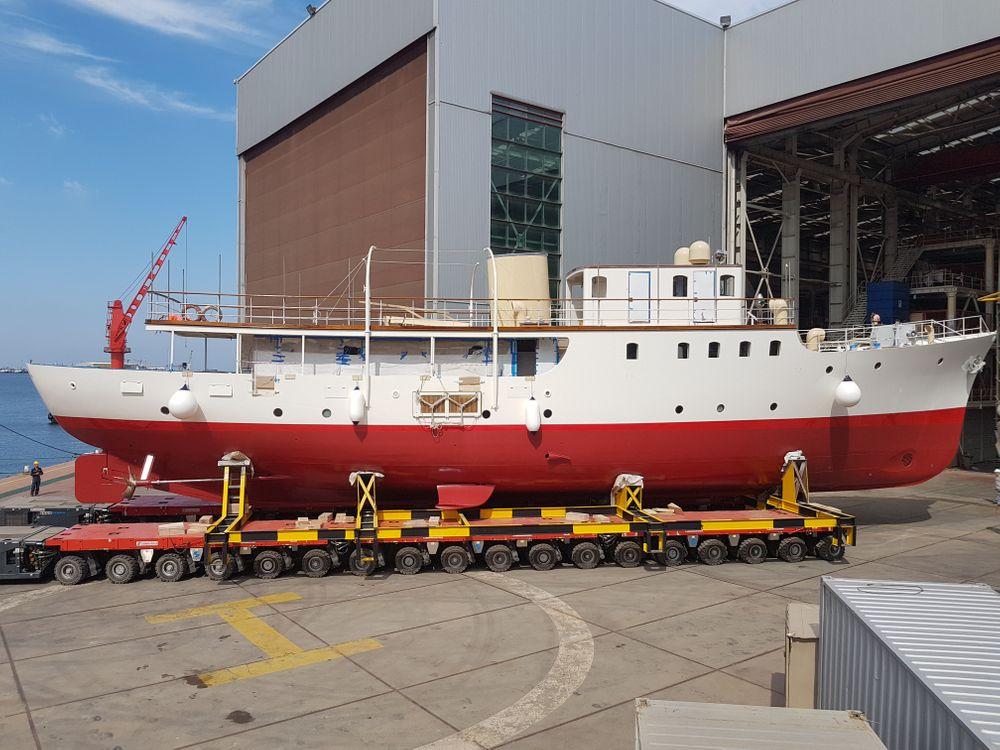 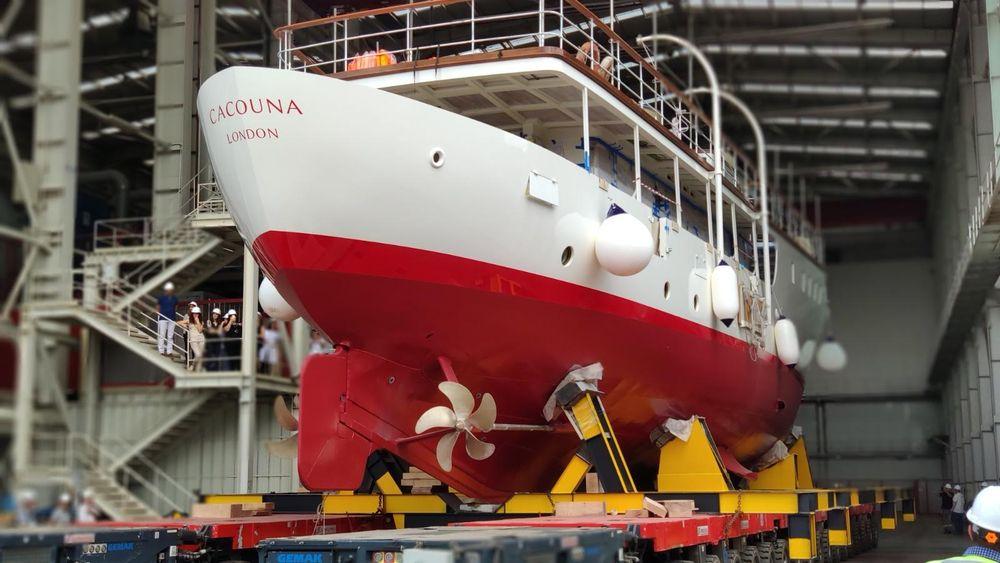 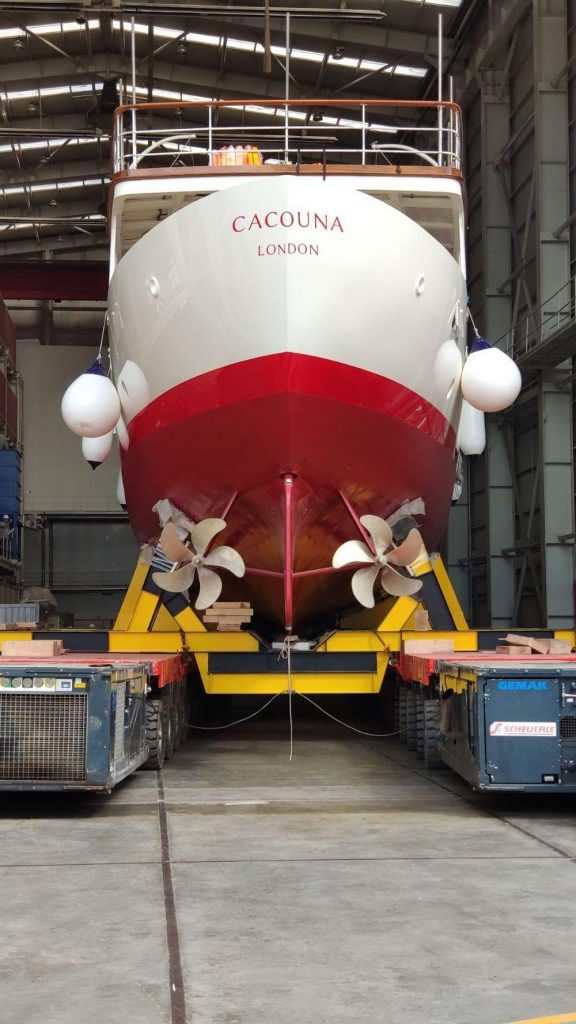 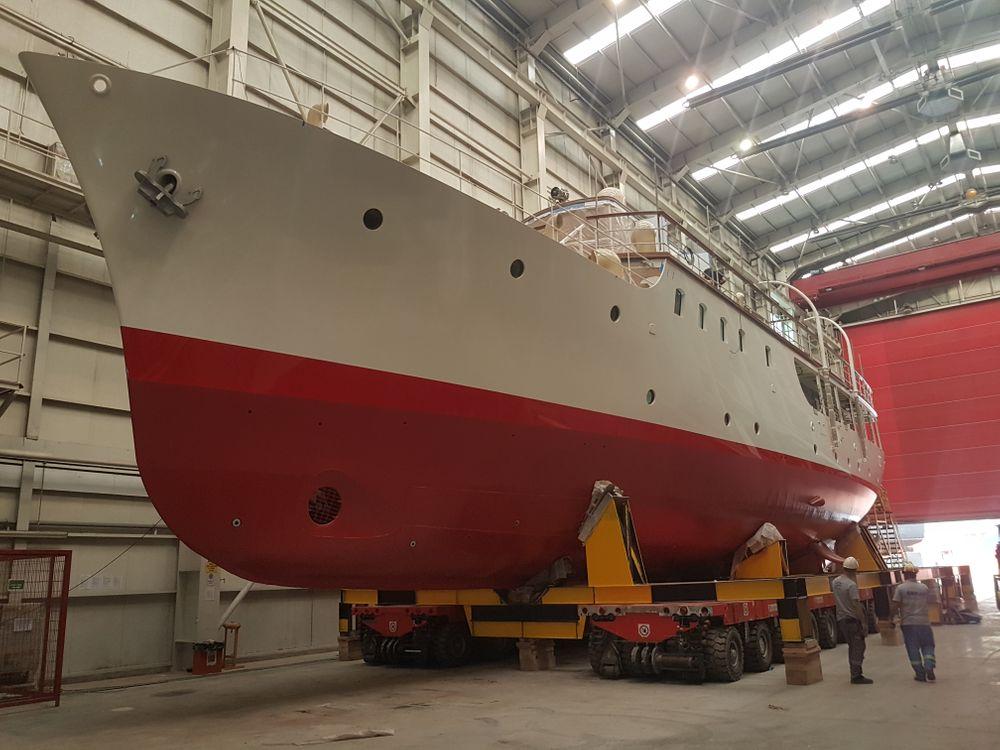 After three years work the 36M Cacouna was re-floated on 18 July 2019. Having been continually in service since her original launch in 1932, this veteran has benefitted from a complete and sensitive rebuild.

Designed by C. E. Nicholson and built by Camper & Nicholsons’ Gosport yard she was the largest yacht built in the UK during the recession hit winter of 1931-32. Cacouna was an early example of C. E. Nicholson’s more modern style motor yachts with full beam main deck accommodation which came to typify the firm’s 1930s production.

As part of her modern looks, Cacouna was also the first British motor yacht to feature chrome finished exterior metalwork and this has been faithfully restored during the works.

Commissioned by F.G.T Dawson of Hamble on the UK South Coast, Cacouna remained based in the UK until shortly after the war. Her most high profile owner during this period was American Leslie Leroy Irvin the inventor of the modern parachute and founder of the Caterpillar Club whose membership was formed by those who had successfully used his invention.

Post-war Cacouna soon made her way to the Mediterranean in the ownership of Gerard Bauche who owned her for nearly 50 years. Renamed Olnico she was a long-term ornament of Cannes’ Vieux Port and was the focus of paparazzi attention when Sam Spiegel chartered her for Elizabeth Taylor’s honeymoon with Eddie Fisher. More recently based in Turkey and renamed Dear B, Cacouna had suffered from some unsympathetic modernisation.

Cacouna’s owners appointed G. L. Watson & Co. to undertake both the Interior and Exterior Design for this major restoration as well as to act as Owner’s Representatives. Our complete design package not only returned her to her original profile but allowed for the installation of complete new systems. On deck great efforts were made to retain the original Camper & Nicholsons detailing. The interior which will remain private has been treated with the same attention to period detail. Cacouna now combines the charm and amenities of pedigree classic yacht with modern functionality.

The works were carried out at Dunya Yachts in Tuzla with interior outfitting by Septemar.