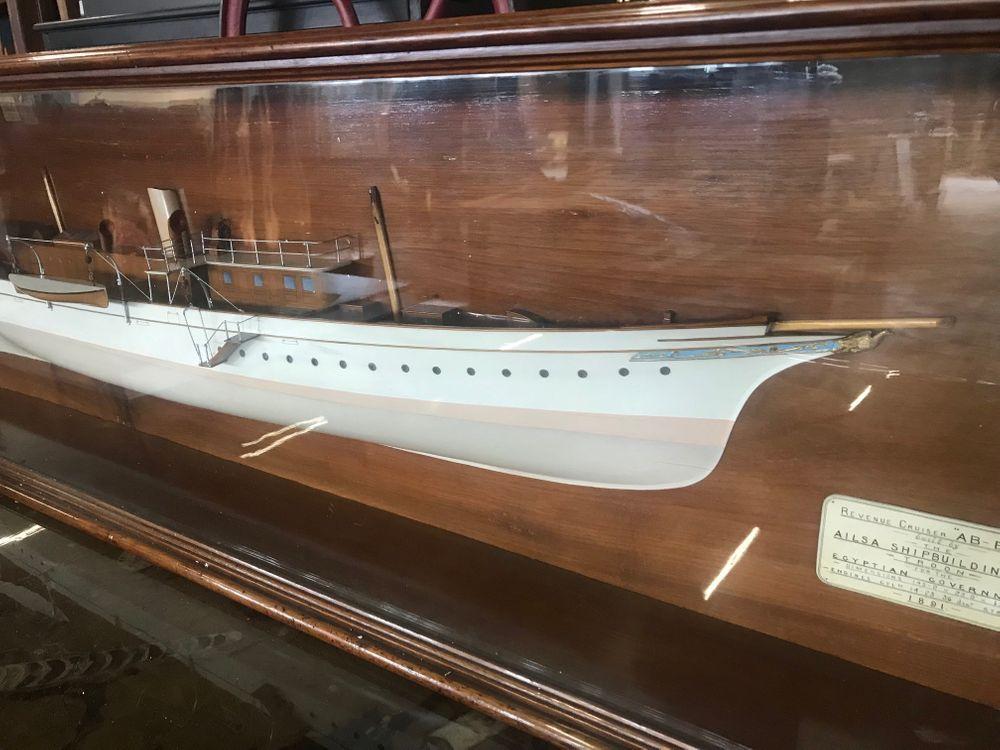 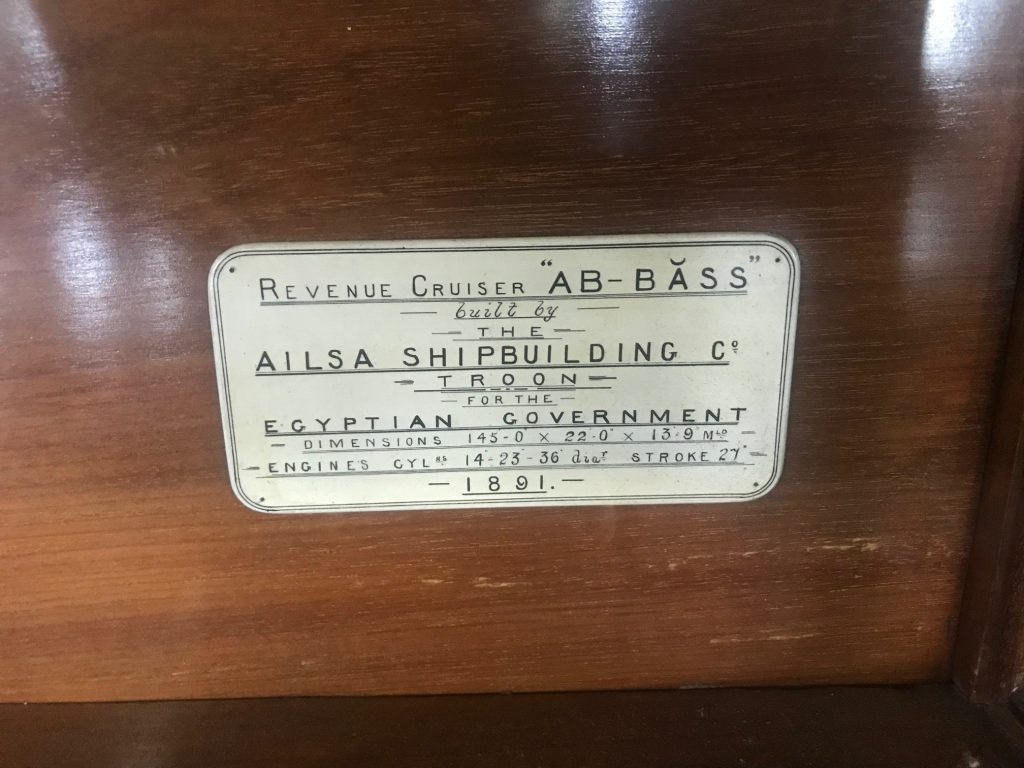 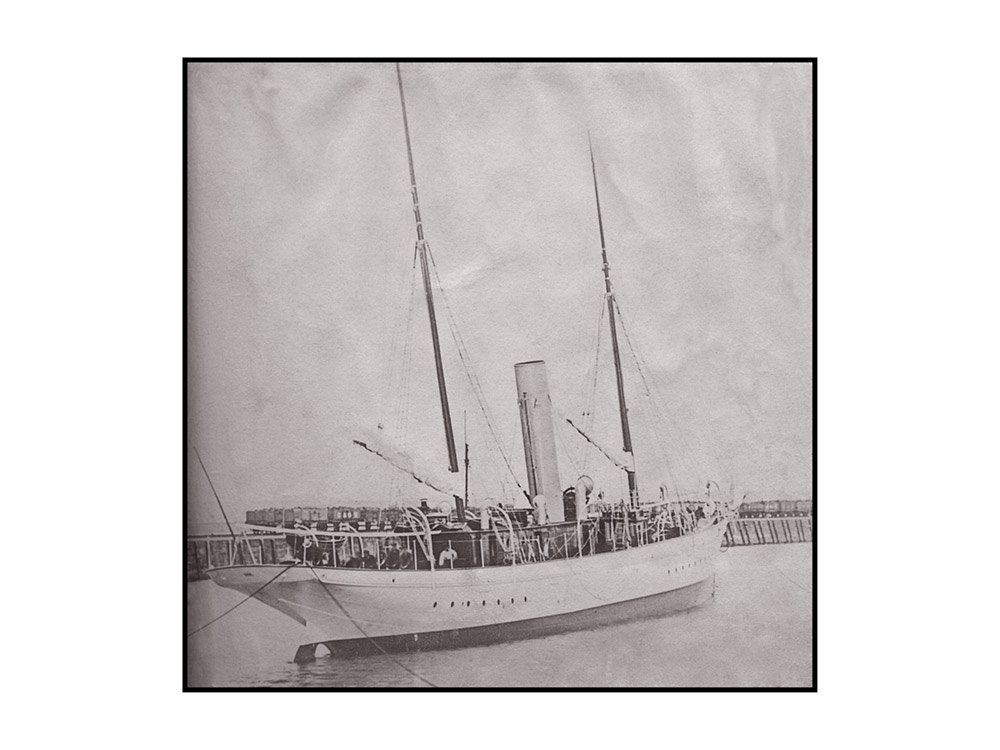 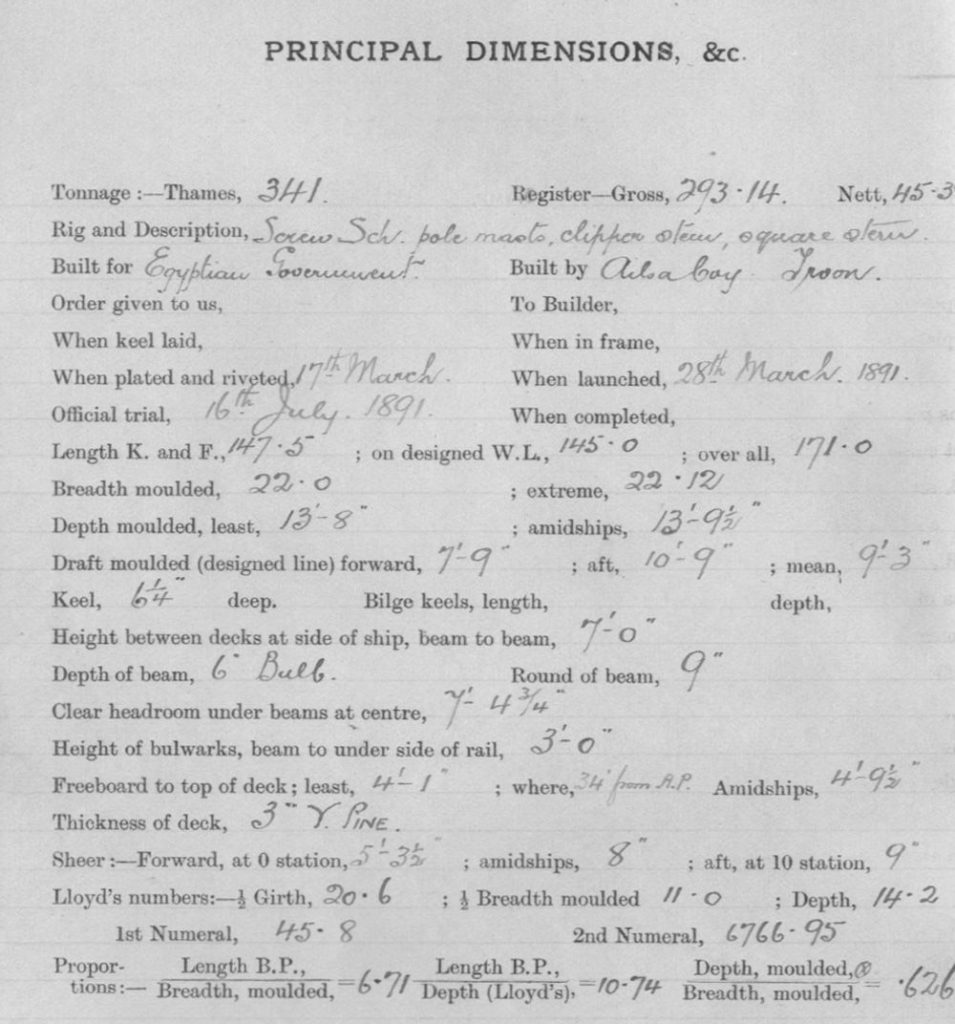 Abbas was built at the Ailsa Shipyard alongside May, a slightly larger steam yacht commissioned by repeat Watson client Ninian B. Stewart. Although the elegant Abbas bears a close resemblance to May, she was no yacht but instead a Revenue, or in more modern parlance, a Coast Guard Cutter. Commissioned by the Egyptian government, her finesse is a testament to Egyptian frustration at being banned from maintaining any kind of navy after the Anglo-Egyptian war of 1882. If they could not have a navy, they could at least have the finest Coast Guard Cutters.

Having lingered in a warehouse since its sale at Christies in 1986, this model has recently returned to G. L. Watson & Co. and with it a reminder of Abbas’ role as a catalyst in the British defence of Egypt during World War I. Neutral, then allied, Italy was the colonial power in Libya, but on the ground the Senussi sect who had resisted the Italian invasion of 1912 maintained significant power and close links with the Ottomans and their German allies. To influence them arms, gold and other inducements were supplied in the hope that they would rise up against British Egypt and create the ‘species of nightmare’ that British Prime Minister Asquith feared would arise from an attack on Egypt from the Western desert.

In early November 1915 German submarine U-35 delivered supplies and Ottoman personnel in support of the Senussi to the Libyan port of Bardia, it then cruised east looking for targets. First it sank HMS Tara, an armed steamer and former ferry then, having established that there were no harbour defences, entered the Egyptian port of Sollum and bombarded it for 45 minutes. Abbas was sunk and another Coast Guard Cutter Nour al-Bahr was damaged.

The lesson of Abbas’ sinking was clear; the back door to Egypt was wide open and despite being hard pressed on the Western Front, in the Dardanelles, Sinai and the Persian Gulf, the British would now have to find troops the guard the Western Desert.